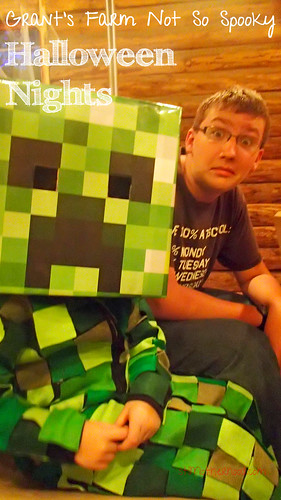 A while back on the blog we talked about Grant’s Farm sorta spooky Halloween nights, a special time to visit St. Louis’ favorite farm after dark.

We went last week–here’s what to expect!

First, it’s aimed at little kids, so warn your older kids that the event is FUN not scary. I came THIS close to smacking a 10-year-old sitting behind me on the tram who kept hollering “this ain’t scary mom!” Over. And over. And over. But I don’t whack other people’s children, no matter how much I want too.

If you’ve been to Grant’s Farm during the day this summer, there’s a few differences. Here’s what you can expect:

There will be a wait to get into the park, but what can you do? It’s popular! Plan for a bit of line standing.

Pro photographers have grabbed their flash and are still working the tram line, so you can get a nice Halloween photo. If you don’t have time to pick up the photo at the park, you can get it later online. (By the way, if you went earlier in the summer and got your photo taken…it’s still there. Look it up by date!)

You’ll take the tram through the deer park like normal, but now you’ll enjoy the Halloween lights in the trees instead of the animals. The animals are out there, but its, you know…dark. And despite my suggestion, the farm hands haven’t dressed the deer up for Halloween. 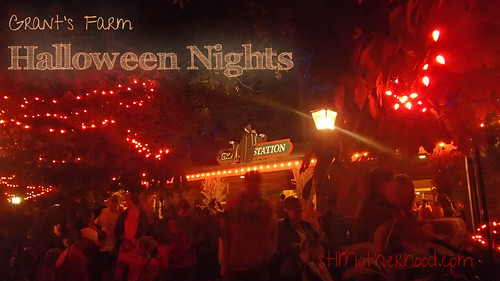 Instead of an animal show in the amphitheater, there’s a magic show. The magician is pretty good and has a snappy show the kids will enjoy. He’ll pull a couple kids out of the audience to assist with the show. 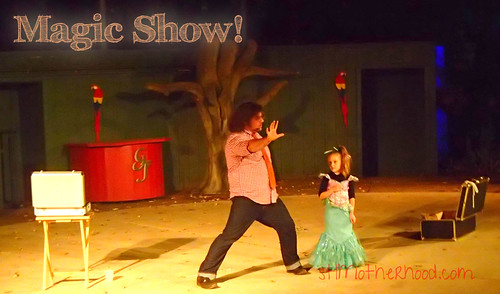 The carousel is open for business, but was pretty crowded. You can also get a camel ride for $5.

The goats are the only animals out at night, and they are happy to be petted and fed. Go ahead and plan on getting some milk. (All the other animals, including the horses, are tucked into their stalls at night.)

You can still get a $5 fun pass, but instead of a snow cone, you’ll get a cookie. Get your pass in the candy shop, which is open. You’ve been warned–some of the candy is on an end of the year sale! 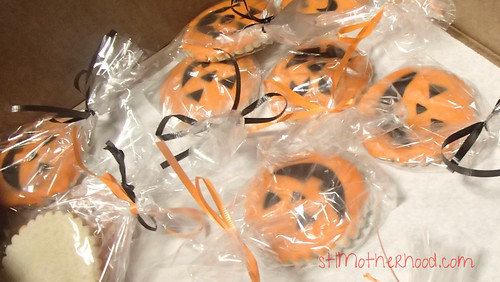 There are costume characters working the crowd. We were greeted by Frankenstein, who sagely reminded Mitch “fire bad”. Mitch didn’t freak out. A vampire was hanging around the turtle’s stomping grounds, and I think I saw a witch and a princess wandering around.

The free samples areas are open–I got a Lime-a-rita at the little pavilion by the eagles. They were handing out beer in the hospitality room in the beer garden, but Ryan didn’t let me get one since I was driving. (Geez, teenagers!)

You can get dinner from the brat haus, but it was pretty crowded and tables were scarce.

They have a DJ pumping music in the beer garden. A part of the court yard was cleared for a dance floor, which could explain the seating problems. My advice…eat at home, just in case. If you can score a table, have a snack!

The barn (in the beer garden area) is decorated for Halloween, but not too scary. Some of the empty stalls and tack rooms are decorated like scenes from scary movies. If you don’t want your little one to see it, don’t lift them up to peek over the half door. 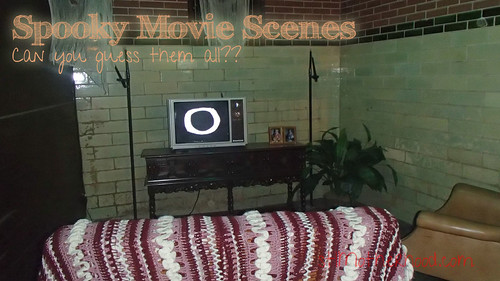 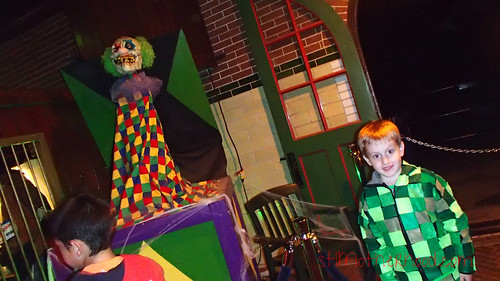 Ok, this scary clown jack-in-the-box was out in the open, but it didn’t pop…more of a slow rise. Mitch didn’t mind it at all.

Please note that Grant’s Farm is only open on Friday-Saturday-Sunday during the day now that it is fall. Click here for complete info on their hours.

Ticket price for evening: $20 per car. And don’t think you’re going to avoid the ticket price if you walk up–they charge $5 per person for walk-ins during the evening only. Don’t worry cheapskates, it’s still free if you walk or bike in from Grant’s Trail during the day.

Want to see my latest Posts? Sign up for weekly fun sent directly to your inbox HERE.

In return for being so AWESOME, you’ll get an exclusive “I’m Bored” book for your kids to make from a single sheet of paper!