Catapults are super fun DIY toys for kids, but many versions are super hard to build. Not this one! This pool noodle catapult is fun, easy and quickly built from noodles and rubber bands. It’s big enough for little hands to play with and soft enough for indoor play. (We just took it outside to get some decent lighting for the photo!) 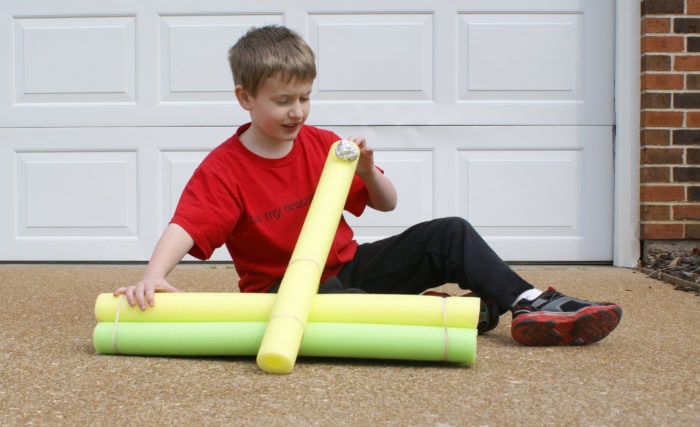 For this project you’ll need:

Cut the pool noodles in half–I used a really sharp serrated bread knife for this job, but you could also use a utility knife. (Obviously a parent’s should be doing the cutting.)

Carve a notch into the end of one noodle. This is the throwing arm of the catapult and the notch is where you’ll put the ammunition. 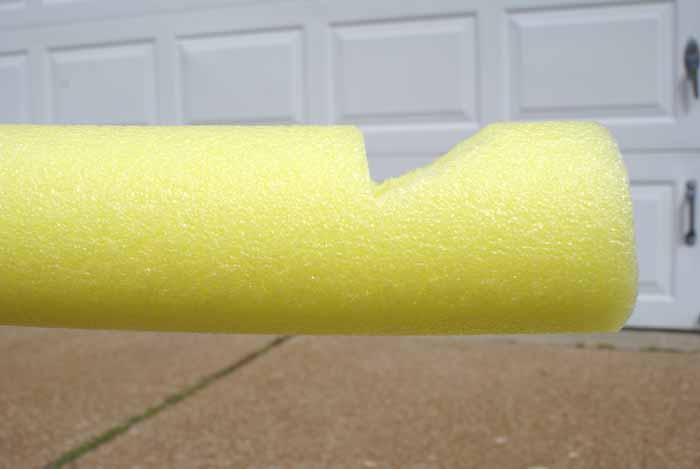 Take three of the noodle sections and rubber band them together at both ends. This is the base. 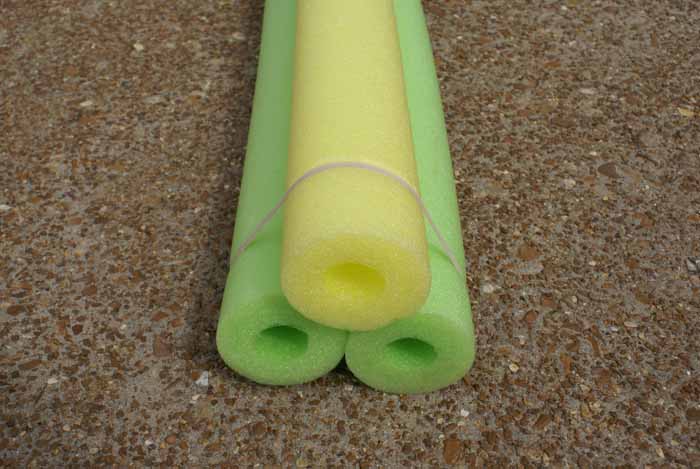 Wad up pieces of paper and aluminum foil to make ammunition for the catapult. You can also use cotton balls, but they won’t go far. Run some tests and see what material goes the farthest!

You can make the catapult more powerful by shortening the throwing arm–we had to remove a few inches before our catapult worked well. The shorter the arm, the stronger the throw.

This project was inspired by a similar design crafted by Toddler Approved. We made a couple improvements, but check out Kristina’s design for more inspiration!