I’m doing a series on Minecraft! Check out my tutorial on how to make an American Flag in Minecraft for July 4th, or maybe how to make some real life light up ore blocks!

I can’t lie. I’m addicted to Minecraft almost as much as my youngest son. Almost. I don’t have an exclusive Minecraft wardrobe like he does or wander around glued to Minecraft Pocket Edition. But I did become a moderator on one of the best family friendly Minecraft servers around: Cubeville. 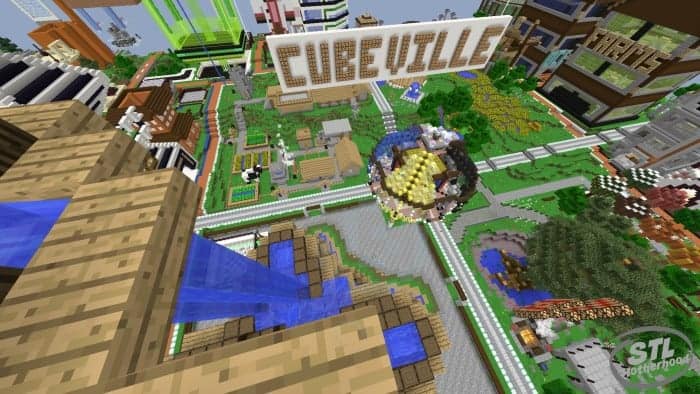 Becoming a moderator is quite the honor. First, no server worth it’s salt is going to put you on the staff just because you ask. You have to earn it, then be nominated. I “only” started playing on Cubeville with Mitch about a year ago. And I haven’t just played: I’ve talked with the other players, helped them out when I could, and was generally…you know…a mom. Being involved with a server like Cubeville is more than just playing a game…it’s my home in cyberspace.

Anyway, I’ve been promising my pals on Cubeville a review, so here it is!

Cubeville is a mostly “vanilla” Minecraft survival server. Translation: they keep the game basic, just like a single player survival game with very few modifications. The game is set to a Normal level of play, so monsters CAN hurt you and you need to eat to keep your character healthy. There’s no flying (except for a few upper level staff with that perk) and very little teleporting. If you want to get somewhere, you’ll need to walk or ride the Skyway, a mine cart system that takes players to the four corners of the map.

The server is NOT whitelisted*, which mean anyone can join Cubeville and start playing right now. Just type cubeville.org into your client.

13 Reasons Why Cubeville is the BEST Family Friendly Minecraft Server

If your kid is interested in playing on a server, I highly recommend Cubeville because of the sheer friendliness of the regular players. If your child is new to server play, you should observe them for a while to make sure they are reading the rules and getting along with other players.

Oh, and if you visit Cubeville, look for an Smod named stlDenise…that’s me! 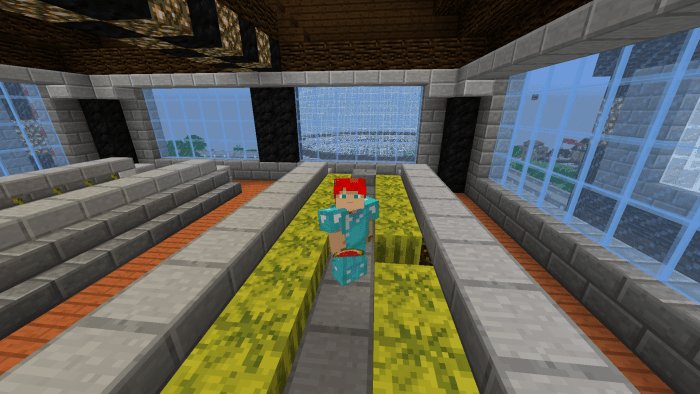 * A “whitelisted” server is invitation only. The ones that are open to the public require you to ask permission to play, then they check your account to see if you’ve been banned from other servers. This can take several days, if not longer.