Every year the kids write a letter to Santa, but how often does he write back?

The best way to get a letter FROM Santa is write the letter yourself and sneak it in the mail. But did you know the US Postal system can help you fool the kids by sending Santa’s letter from the North Pole?

Read on and I’ll show you how!

Have you made Christmas Ornaments yet? Here’s 21 ideas to get you crafting with the kids!

How to Get Your Letter To Santa

How your going to get your child’s letter TO Santa is going to depend on your kid’s age, and your willingness to play the Santa game.

When I was little, mom told me to put a letter in my Christmas stocking and it would magically arrive at the North Pole. My family watched a lot of sci-fi, so the concept of a portal to the North Pole in my stocking was not a hard sell.

Your safest bet for mailing a letter to Santa is using good old fashioned snail mail. Lucky for us, the U.S. Postal Service loves Christmas and they’ve been helping parents out for years!

You can get a letter mailed from Santa via the Anchorage post office.

This method is very DIY. You will need to write the response from Santa, include it in a Self Addressed Stamped Envelope (with Santa’s letter inside) and the clerks will postmark the letter from the North Pole and return it to you!

Now, you’ll need to be just a TINY bit sneaky if you want to get a response from Santa using the United States Postal Service.

Here’s how it works:

Your child writes a letter to Santa and places it in envelope addressed to: Santa Claus, North Pole. Put this letter aside and tell them you’ll pop it in the mail.

Next, you write a response from Santa. Put Santa’s letter in an envelope and address it to the child. Make sure you get the return address right! (SANTA, NORTH POLE.)

Put BOTH letters in a bigger envelope. Use a Priority Mail Flat Rate envelope if you’re cutting it close to the deadline. Mail it to:

The Post Office recommends sending Letters from Santa by December 7, 2020 so that they can be received by the Anchorage, AK, Postmaster no later than December 14. Santa’s helpers in Anchorage, AK, will take care of the rest!

Be sure to share the experience on social media using #GreetingsFromTheNorthPole.

That’s ok! It happens. If your kids are young enough to totally believe in Christmas Magic….or don’t understand postal stamps…just make your own return letter and slip it into your stack of mail. They’ll never know!

To help you out, I made this cute FAUX stamp that you can copy and print on an envelope. I made it in Picmonkey if you’d like to make your own.

And remember you can always have the kids write their letter and hand deliver it to pretty much any Santa doing photo ops. I’m sure he’ll play along! Later on, you can whip up a proper response from Santa or his elf helpers and slip it a stack of mail or right into the kid’stocking.

Where to Buy Stationary for the Kid’s Letter to Santa

~This post also contains affiliate links (including links to Amazon) which may reward me in the event of a sale.~

If you’re interested in BUYING some special stationary for your kid to write on, I found a couple cute things at Amazon and other bloggers around the ‘net. 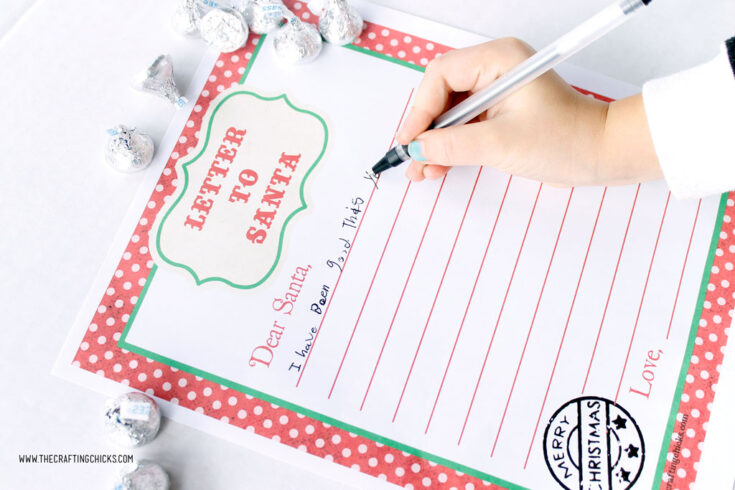 Got a color printer? Put it to use making this great stationary for your kid's letter to Santa. 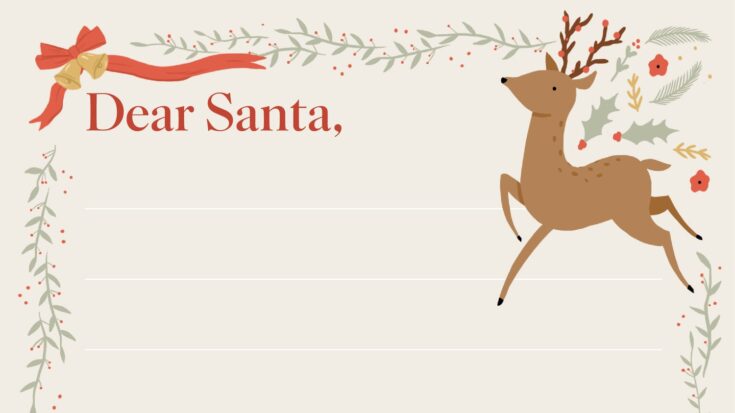 Here's another template to print out, from Martha Stewart. 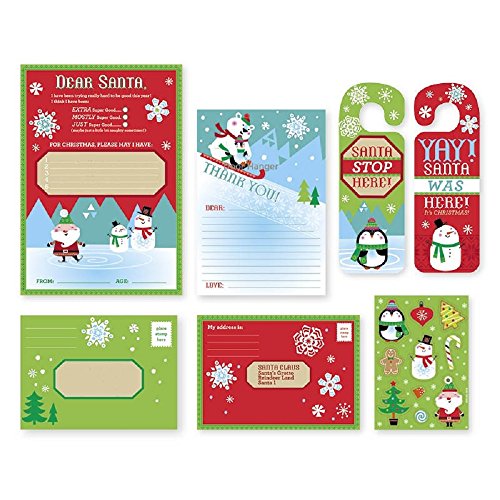 Don't have a printer, but you want to get extra fancy? Here's a kit to buy from Amazon. 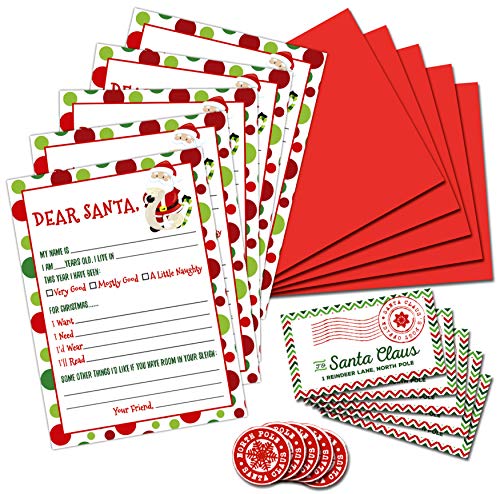 Here's another kit you can purchase, and its perfect for little kids. Just fill in the blanks! 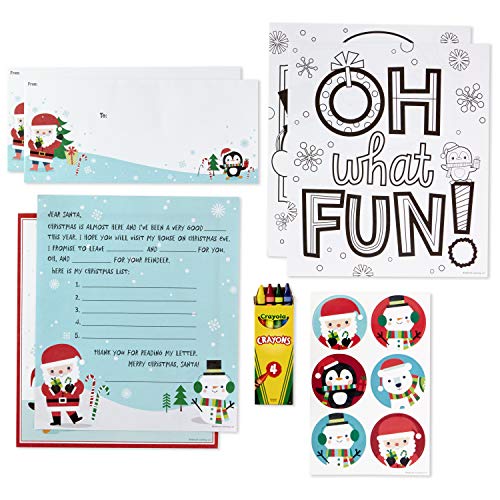 This kit from Hallmark is super affordable and has everything your kid needs to write a perfect letter.