Last fall my kid handed me a perfect fall leaf, all gorgeous gold and orange.  Of course he wanted to save it, along with all the special rocks and wizard wand twigs he found, but I had to say no to the leave. It would just dry up and make a crumbly mess in some forgotten corner of his room.

Lucky for Mitch, we found a better way to preserve fall’s pretty colors–with folded paper leaves we make ourselves. All you need are old magazines, scissors, glue and fuzzy sticks. 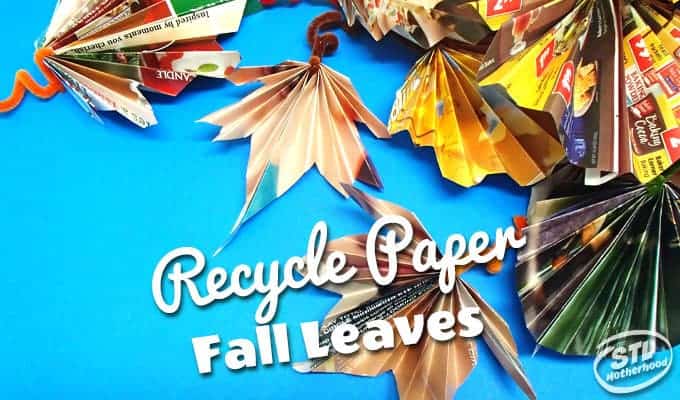 I first saw folded paper leaves on Pinterest, from Happy Clippings, a grownup crafter. They were so beautiful, but and I couldn’t quite figure out how accordion folded paper got into a real leaf shape. After a couple experiments I discovered that a nice leaf doesn’t have to be THAT complex. I kept poking around Pinterest to find a good example with real directions.

Eventually I found a crafter with a pretty cool idea to use paper from magazine ads. At least I think that’s what she was doing, because her blog is in German. Her leaves were also wired to sticks, which is pretty cool, but we decided to use kid friendly fuzzy sticks. We also taped the leaves together because Mitch has no time for glue. 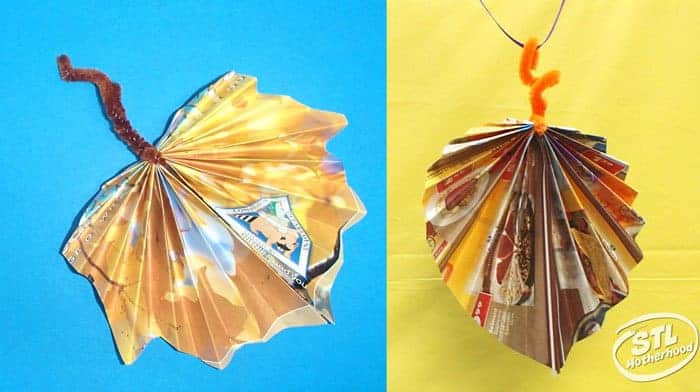 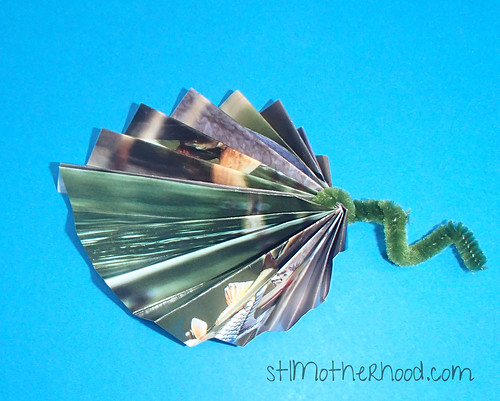 This leaf used a plain triangle shape to start. 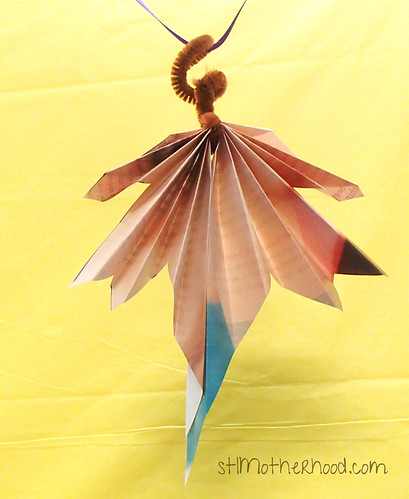 This leaf was the basis for the “wide leaf” template. You can’t tell, but it’s a photo of a smiling baby. The eyes are up near the stem. Otherwise it would be way creepy. 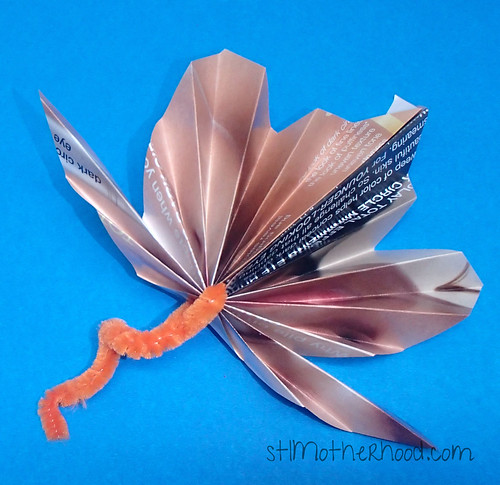 This leaf was the basis for the “5 point” template. It was also an Oil of Olay ad!

A note on templates:

The templates were made by tracing photos of the leaf scraps in a drawing program. They aren’t EXACTLY the same anymore–I had to enlarge them a bit to fit computer paper–so you will get something similar to my leaves. Your results will vary depending on the size of your paper too! Bigger paper, bigger leaves!

Remember, in nature leaves don’t look alike. So feel free to use the template as a starting point and jump off from there. Let your kid try new shapes and see what happens! If you’re using old magazines instead of expensive scrapbook paper you can just trash any mistakes.

What if I don’t have any good magazines to use?

No problem! Here’s a leaf we made from an Aldi ad circular: 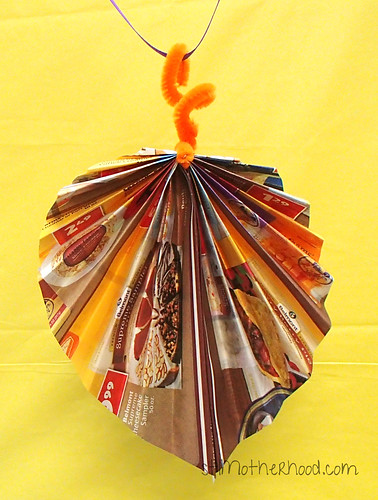 And here’s a couple we made from plain paper colored with crayons! The stem is also from paper, just tape it to the bottom after gluing/taping the leaf closed.

Now that you’ve made leaves…why not ROCKS? 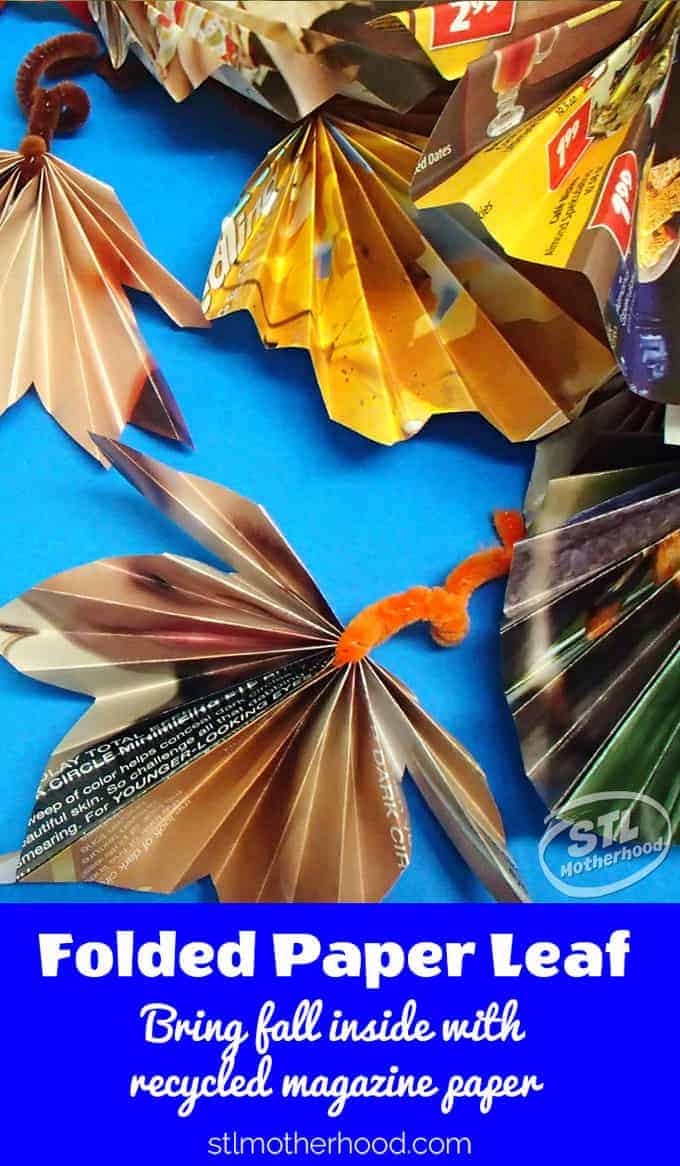